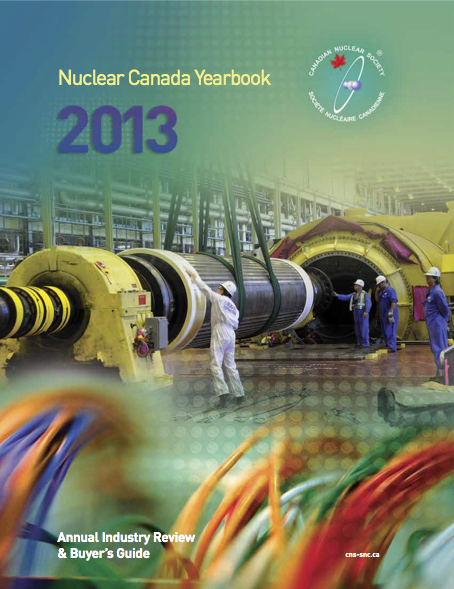 The past year has been a challenging one for the Canadian Nuclear Society (CNS), marked by signficant achievements both by Canada’s nuclear industry and the Society. Perhaps the most outstanding achievements during the past year were the return to service of Bruce A Units 1 and 2, and the Point Lepreau nuclear reactors. In the case of Bruce, this is the first time ever that nuclear reactors of any kind have been returned to service after a prolonged shutdown of more than 10 years.

By contrast, the CNS was disappointed by the partly-political decision to close Gentilly 2 rather than undertake refurbishment. While the CNS understands the economic decisions at play, we are of the view that isolating itself from operating nuclear technology may not serve the province of Quebec well in the years to come.

During the past year, the CNS has held a number of successful events, perhaps most notably the Annual Conference in Saskatoon. Attendance at the conference was strong; the number of technical papers was high. This was in large part due to strong support from our corporate sponsors and the Government of Saskatchewan.

Also during the year, the CNS launched a new series of courses, Nuclear 101, a training course intended for communicators in the nuclear industry. Demand for this course has proven to be so strong that the CNS is striving to increase the number of these course this year and for the years to come. There were a number of other successful conferences and courses during the year, details of which can be found in the Program Chair’s report.

A new initiative on the part of the CNS began in 2012 with its participation in the federal government’s request for expressions of interest in AECL. Based on that experience, CNS Council has decided that the Society shall become more active in participating in public hearings and licence proceedings.

The Society was greatly saddened by the death of Jim Harvie in 2012. Well known to all the Society’s members, Jim was a Past President of the CNS and former Director of Reactor Regulation at the Canadian Nuclear Safety Commission.

For the past several years, the CNS has been striving to introduce new, younger members into Council coming from a wide variety of professional backgrounds. I would like to thank the new members for volunteering their time and services to the Society, and the support of their employers, particularly given the already extensive demands upon these members at the beginning of their professional careers.

In closing, I would like to thank the Council, Branch, Committee and Division Chairs, and the CNS Staff for their hard work and dedication during a demanding year. I would also like to thank Frank Doyle for his leadership in securing PBNC for Canada for 2014. And finally I would like to thank Jacques Plourde, incoming 1st Vice President, for his work in establishing the joint industry-Society task force. View Nuclear Canada Yearbook 2013 (PDF)