Click here for a quick overview of the branch activities.

Each year, the CNS Chalk River Branch is pleased to host that year’s current CNS President at a dinner talk. Below is some brief information on recent talks.

2016 – On February 24th, the Chalk River Branch was pleased to host a dinner talk by CNS President Paul Thompson on Lessons Learned from the Point Lepreau Refurbishment Project. Despite the stormy weather, the local CNS and public demonstrated their commitment to hearing an interesting speaker and turned out style! 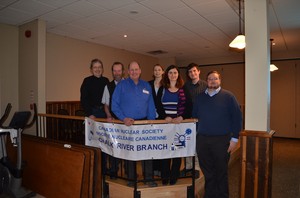 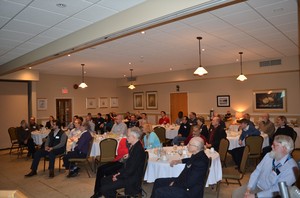 2014 – On February 25th, the Chalk River branch hosted its annual CNS president dinner meeting with Adriaan Buijs.
In his presentation, Dr. Buijs discussed the evolving relationship between Chalk River Laboratories and academic interests from his perspective as a professor and researcher in the Nuclear Engineering department at McMaster University. 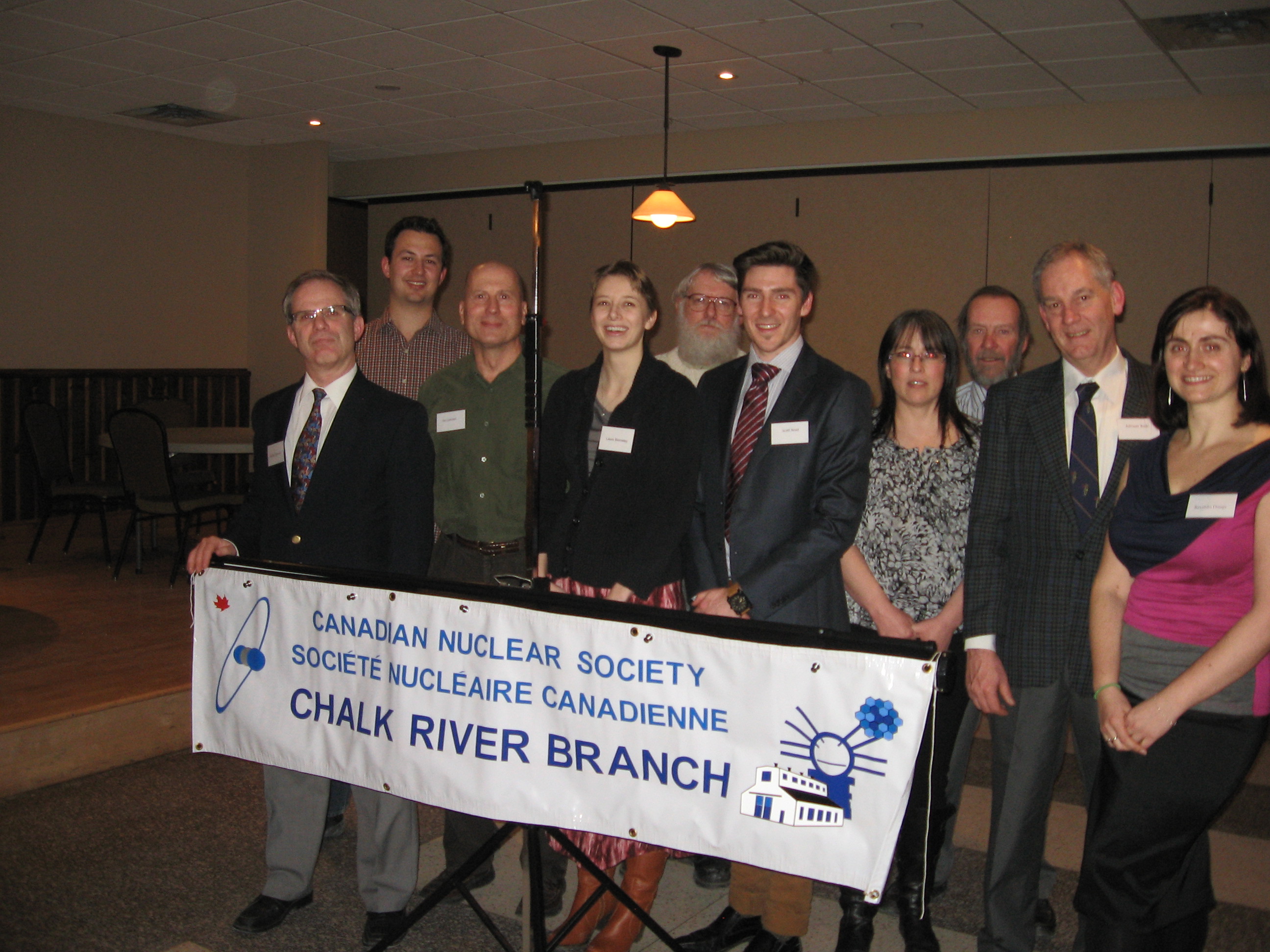 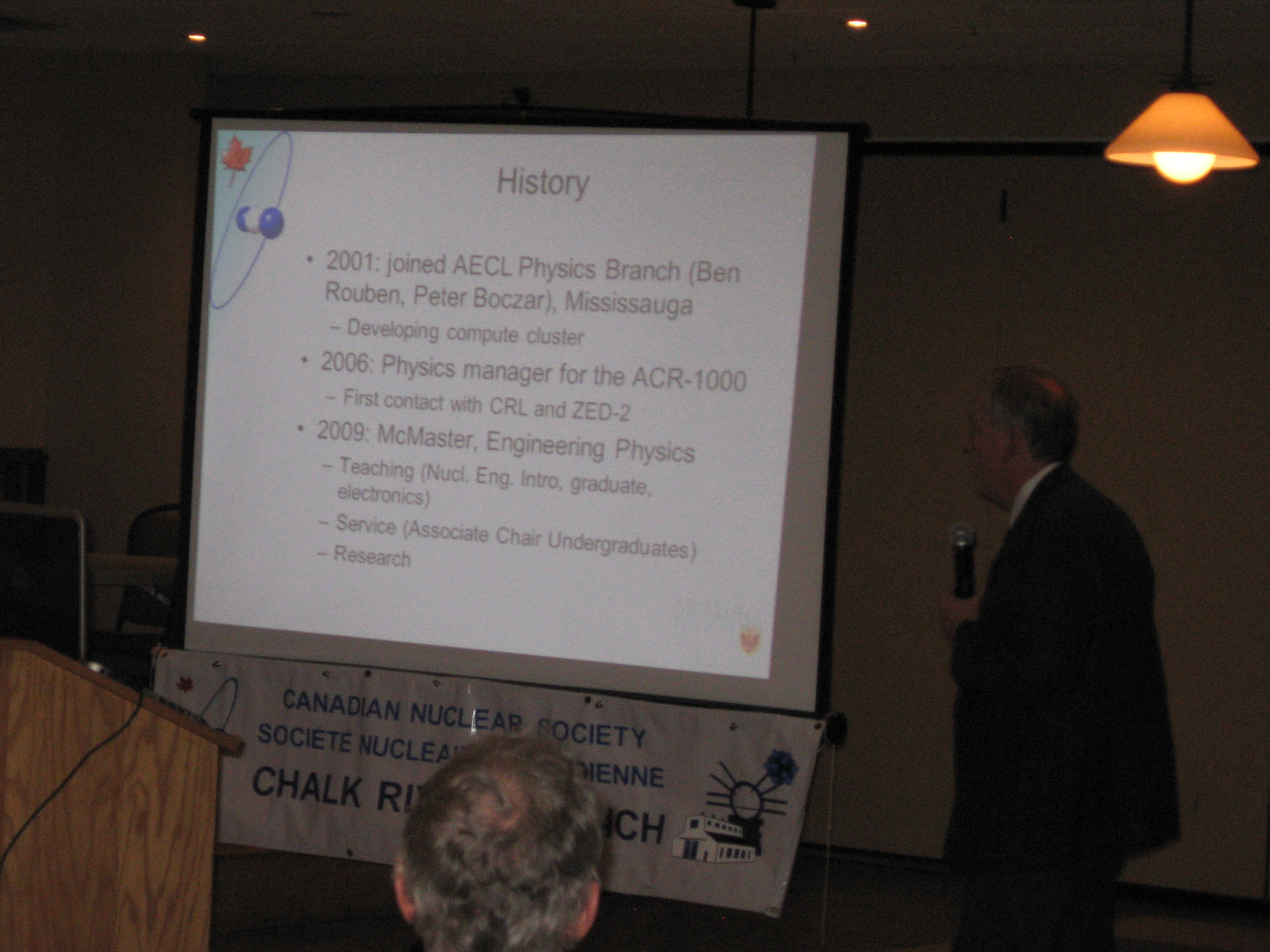 2013 – In 2013, the Chalk River branch hosted it’s annual CNS President’s Dinner Meeting with John Roberts. Dr. Roberts delighted with a discussion on the importance of Chemistry in a Nuclear plant’s life.

The Chalk River Branch of the CNS is proud to contribute financially and participate in the RCRSF, which takes place in April. The science fair is an excellent venue to engage with students on the value of nuclear science. Three projects meeting the criteria for the CNS-CRB Award for Science and Innovation are honoured every year.  Recent winners are:

The Chalk River Branch of the CNS has offered scholarships to Grade 12 students in Renfrew County, who will be entering post-secondary education in the fall of the same year. This scholarship required an original essay on one of a specified selection of topics  demonstrating critical thinking and interpretation by the student. A committee of CNS-CRB members judged the essays for originality, content, clarity, logical reasoning, and critical thinking. Due to lack of interest, this event no longer takes place.

The Canadian Nuclear Society Chalk River Branch is proud to support the Algonquin College Radiation Safety Program here in the Ottawa Valley by offering two $500 prizes to top students enrolled in the program. Below are some recent winners 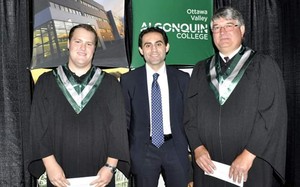 2014 –  Shari-Lyn Flett, Lindsay Crough, and Nathan Sutherland (not in photo) 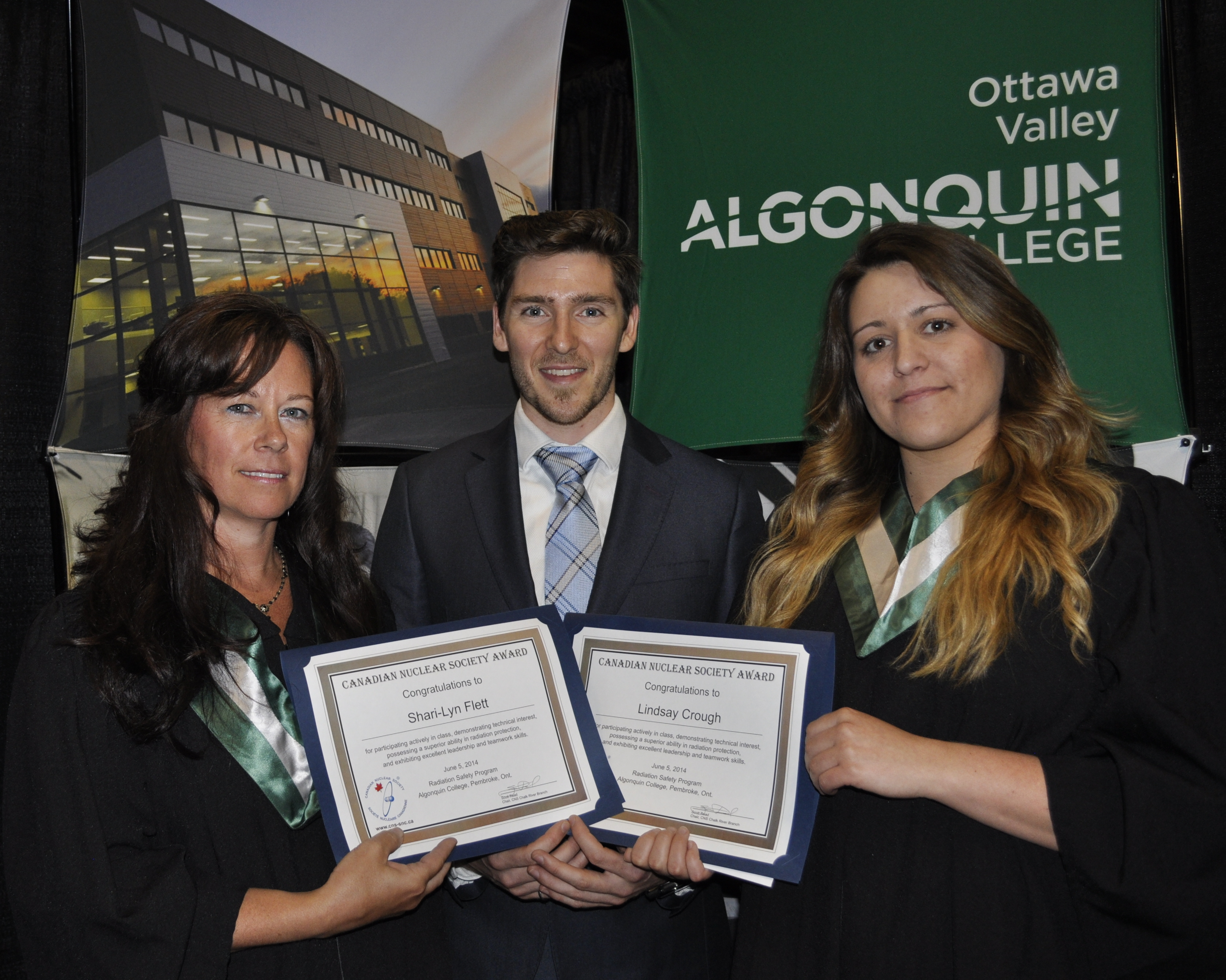 On June 4, 1962, electricity from the Nuclear Power Demonstration reactor in Rolphton, Ontario flows into the local grid, demonstrating for the first time in this country, the technology that has safely and reliably powered homes and businesses for five decades.

On Tuesday, November 1, 2011, several CNS members atttended the American Nuclear Society (ANS) Winter Meeting at the Omni Shoreham Hotel, in Washington, D.C..  The ANS held an Awards Luncheon to recognize the achievements of various individuals, including Theodore (Ted) Rockwell, who received the W.B. Lewis Award.  Ted Rockwell has had a distinguished career, including extensive work on the U.S. nuclear submarine program during the 1950’s, under the direction of Admiral Hyman Rickover.

A nuclear safety assessment of the Fukushima Daiichi events, Aug 25

A nuclear safety assessment of the Fukushima Dai?ichi events presented by Dr. John C. Luxat based upon best available information from multiple sources and independent analysis of accident progression. The presentation covers the accident progression in the four units, reactor core heat up, core damage estimation and hydrogen generation, features of the explosions and damage to the units, fission product release and dispersion, and radiological consequences.

Dr. John C. Luxat is Professor in the Department of Engineering Physics and holds the NSERC/UNENE Industrial Research Chair in Nuclear Safety Analysis at McMaster University. He currently has a very active research program at McMaster, studying many aspects of the safety of current and future reactors and nuclear fuel cycles.

On November 29 2010, the Chalk River branch held a dinner in honour of the 50th anniversary of the ZED-2 research reactor. Retired physicist Rick Jones gave a talk “A History of ZED-2”.

If you would like to give a seminar, have a guest speaker suggestion, or have any comments, please feel free to contact us at: ChalkRiver@cns-snc.ca